» owly check this out

Who want to see Sumomo From Chobits made?

hmm,it's been a long time dear fórum, and this post sounds really interesting, i don't have a visa or a MasterCard yet >_<, but i wish to have one .w., anyway, sumomo is still being a great and basic idea to build a nice robot ^^, and great idea PJ san, a hachune miku would be not bad, and if i remember well, somebody tried to build a real hatsune miku and she looked very cute *w*, i don't remember the link, but i'll try to find it later （^ω^）, 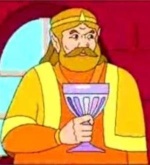 I think the latest info on this project is probably here https://projectaiko.forumotion.com/t110-sumomo-from-chobits-robot-project-start , correct me if I'm wrong...

On the idea that such a robot were made, given today's economic state (and that the discussion effectively began in 1999), what would anyone be willing to pay for something resembling Sumomo? Disregard how much it would cost to make the thing, on features alone what would be your limit? The interesting distinction would be between those who associate such a small bipedal robot with the anime, and those who have not seen it but perhaps desire it for being 'cute'. Interested to hear the general opinion.

Btw Harkinian you should certainly see Chobits again (if not the individual Chibits episode also), and I also recommend "Hand Maid May" if that's new to you.

Hello friends of Sumomo. I have been away from this forum for over a year knowing Le is very busy with med school. The tech to support building a Sumomo type robot is coming along nicely. In October a UK company will be selling a 'talking teddy bear'. Basically a stuffed bear with a cell phone inside which communicates to a external AI server. An idea I described here in this forum over 4 years ago.
If you have been watching the Robo Olimpics, the smaller bots are much better in their motions, more coordinated and faster. Not fluid yet. The autonomous bots are still more hesitant in their actions. The best lab news to date is that artificial muscles have been developed that are up to ten time stronger than human muscles. This is a materials science breakthrough, no such muscles have been engineered into a Robot yet. I had thought this would take years longer to happen, this is just great news. AI software seems to still have a way to go to catch up to better hardware; we have some usable bots now, except for short battery life. But the bots are as dumb as a stone; very little ability to interact with the world in real time. Interest in simulating 'social behaviors', body language and emotions has also increased. New sensors now make measuring, tracking and simulating emotions a very do-able AI programming task, Using published emotion tag data (database) someone should be able to program this in a matter of months.
The MS Kinect coming out in Jan 2014 has all the sensitivity and accuracy needed for a autonomous bot. It is the software work for the AI that is in need of major improvements. Perhaps the autonomous car projects are paving the way for real time situational awareness. (Sorry, could not resist the pun ;-)) The hi power density batteries under development for electric cars will also greatly help robot design. In summary, what I thought would take ten or more years to happen now appears will happen in less than 5 years. Then there is the Microsoft Personal assistant AI project; which they are claiming will be a "revolutionary, not evolutionary jump in capability". They have named it after a Halo AI character 'cordovia' or something like that. How long before we get to see a demo?

Re: Who want to see Sumomo From Chobits made?